After hearing a fellow Certified Speaking Professional deliver a peach of a speech recently, I asked him how he manages to speak to audiences with such ease and confidence. He surprised me by replying that it was not always so. On probing a little, he revealed to me how he got to where he is now.

He had an opportunity at school to undergo extra curricular public speaking training – an investment his parents were happy to make. That, he said, gave him his initial confidence. After school he attended a broadcasting course every Tuesday evening after work for 8 weeks. This gave him the appetite to read up on the topic, so he devoured whatever books he could find on speaking and presenting. A few years later, a place came available on an in-house presentation skills programme at his company. He jumped at the opportunity, and emerged as one of the best prospects on the course. He sought out tapes of good motivational speakers. He studied what they did. With his growing confidence, he took every opportunity that came his way to speak or present to audiences. He practiced each time before he went up live. And he just kept doing it, literally hundreds of times, over and over. He got better, he was promoted, he got more opportunities.

At some point he had simply made the decision – that it’s something he badly wanted to do and do well. Then came the strategising: how to go about achieving it. He figured that the more you do it the better you must get at it. Then came the action, doing something about it. And the results followed.

Today he earns the lions share of his income from speaking. He didn’t start out as a star. But he decided what he wanted to do, kept at it gradually becoming better and better, until he became very very good at it, finally being recognised with his Certified Speaking Professional designation, held by less than 700 professional speakers worldwide.

So next time you hear a really good speaker, ask him or her how long have they’ve been at it? They will more than likely tell you that they have been speaking to audiences for a very long time and learning along the way. Why should this be of interest to you? Because it contains the secret of your potential success at public speaking or presenting. Anyone who believes that they can achieve great heights as a speaker without working at it is mistaken. And those who believe that they just don’t have it in them to present are similarly mistaken. In all likelihood you do. But are you prepared to pay the price? So, if speaking well in front of an audience is really important to you, what are you waiting for? It is a learned skill that could turn your life around.

You have just read the true SECRET to great public speaking. There is no other.

Managing Director at Congruence Training (Pty) Ltd
A certified Speaking Professional, Paul du Toit is a presentation skills coach, the author of “You Can Present With Confidence” and co-author of “The Exceptional Speaker”. He is a founder member and past president of the Professional Speakers Association of Southern Africa, and an early recipient of their Founders Award for service to the speaking industry. He is the MD of Congruence Training specialising in presentation and speaking skills. See upcoming open workshops London www.pauldutoit.co.uk | Johannesburg www.presentationskills.co.za

Call our offices for training, information or coaching to improve your presentation skills.

Enquiring about our in-house training courses? Please click on this button: 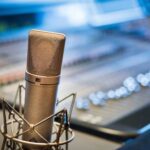